Sports pioneer in for long game 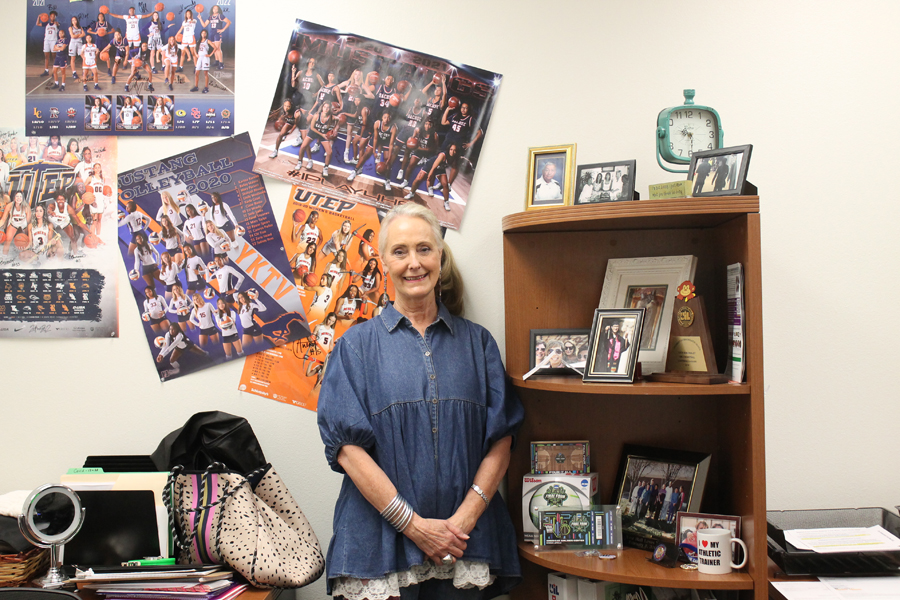 After 52 years in coaching and administration, Garland ISD’s Assistant Athletic Director is still going strong in a profession typically dominated by men.

Judy Campbell, 72, found her passion in coaching, getting her first job as a football coach at 19 following her graduation from Texas A&M-Commerce.

She spent seven years in her hometown, Royse City, typing playbooks and operated the game clock for the football team.

Campbell was part of a five person coaching staff, four of which were men.

“I was very fortunate that when I started out, I had a very open-minded athletic director that included me on the coaching staff,” Campbell said. “He never once tried to exclude me and gave me duties so that I could learn what it meant to be a coach from the ground up.”

After seven years in Royse City, Campbell experienced culture shock going from her hometown of 1,100 people to a South Garland High School with 2,700 students.

Homer Johnson, the iconic former athletic director for Garland ISD, convinced Campbell to join the district in 1976 at a time when there weren’t many female coaches. She never left, spending the next 45 years in Garland ISD.

At the time, girls athletic programs were only beginning as enforcement of Title IX from the Civil Rights Act of 1964 took effect, said Campbell.

“Everybody wanted to do it because it was new,” Campbell said. “We were very well supported because we were a novelty. We never had girls sports before.”

For the full story, see the March 31 issue.