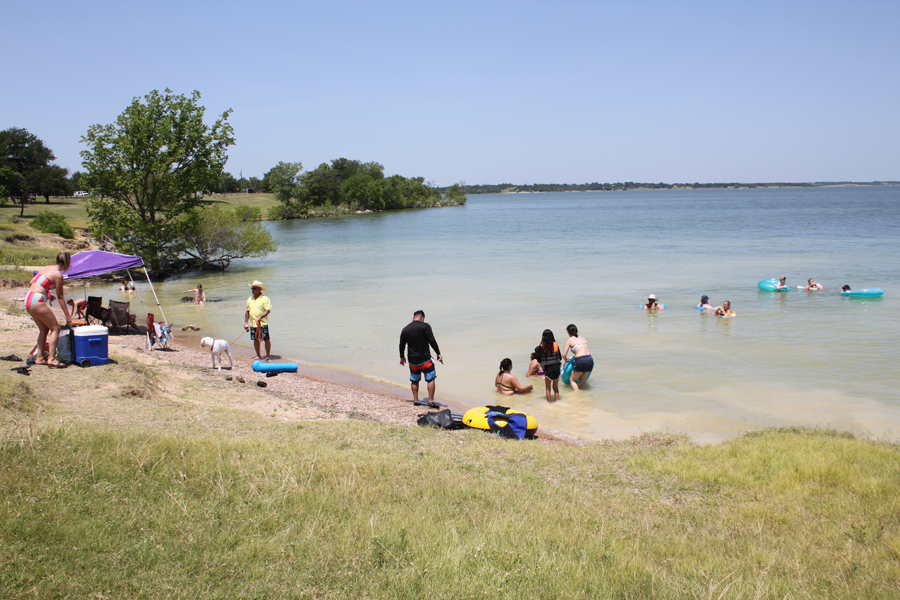 Individuals planning summer activities on the water should take precautions so that everyone has a fun, but safe outing.

Individuals should be extra mindful of water safety considering a recent incident on Lake Lavon June 18. Four boaters had their boat capsize with three of the men assumed to have drowned in the incident.

To help individuals planning a trip to Lake Lavon or any other Texas waterway, the U.S. Army Corps of Engineers put out some helpful safety tips for staying safe on or near the water.

Steve Perrin, lead ranger for Lake Lavon, said individuals bear responsibility for keeping each other safe on the water.

“Knowing how to keep your family and friends safe can help,” Perrin said. “Even strong swimmers can drown.”

Perrin said it is important for residents to be mindful of water safety so that anyone planning to enjoy the beach is able to go home safely and come back for another visit in the future.

Along with water safety, the U.S. Army Corps of Engineers is one of the largest water recreation providers in the country, said Perrin.

Annually, its sites have over 250 million visitors per year across over 400 projects in 43 states. Perrin said that the U.S. Army Corps of Engineers tries to put out public safety tips so visitors across the country can be vigilant when visiting one of its managed waterways.

Perrin said the most important piece of equipment a visitor can bring is a life jacket, adding that the best options are Coast Guard approved and properly fitted.

Whether boating or swimming, a life jacket that does not properly fit an individual will not be of much use, said Perrin.

Statistics put out by the U.S. Army Corps of Engineers show that 90% of those who drown on its managed lakes and rivers may have survived had they been wearing a life jacket. Drowning is also the second largest cause of accidental death in the United States and life jackets can provide time for rescuers to arrive.

The U.S. Army Corps of Engineers recommends anyone out on the water wear a life jacket, said Perrin.

For boaters on the lake, Perrin said there will be safety patrols on the lakes conducting random inspections of boats to make sure that there is the proper safety equipment on board. Examples include life jackets for everyone on board, a flotation device, a kill switch, fire extinguisher and a sound-making device.

Additionally, parents are encouraged to be extra vigilant of children because they can drown in as little as 20 seconds. They should also encourage children and others to wear a life jacket while swimming.

Swimmers should also use designated swimming beaches, said Perrin, because they have been identified as areas where swimming is recommended.

The U.S. Army Corps of Engineers will also perform safety checks at swimming beaches where swimmers can also be recognized for practicing good water safety.

“If a park ranger sees a resident using a swimming beach while wearing a life jacket, we give out prizes to reinforce practicing proper safety,” Perrin said.

Individuals going out on the water are also encouraged to use the “buddy rule.” The rule encourages boaters and swimmers to have a partner with them on the water to be able to call for help in case of an emergency.

The last tip Perrin recommends is boating with consideration for others also on the water and never mixing alcohol with recreational activity on the water. Boaters should also be aware of the weather around the lake or any waterway to avoid capsizing or a different boating emergency.