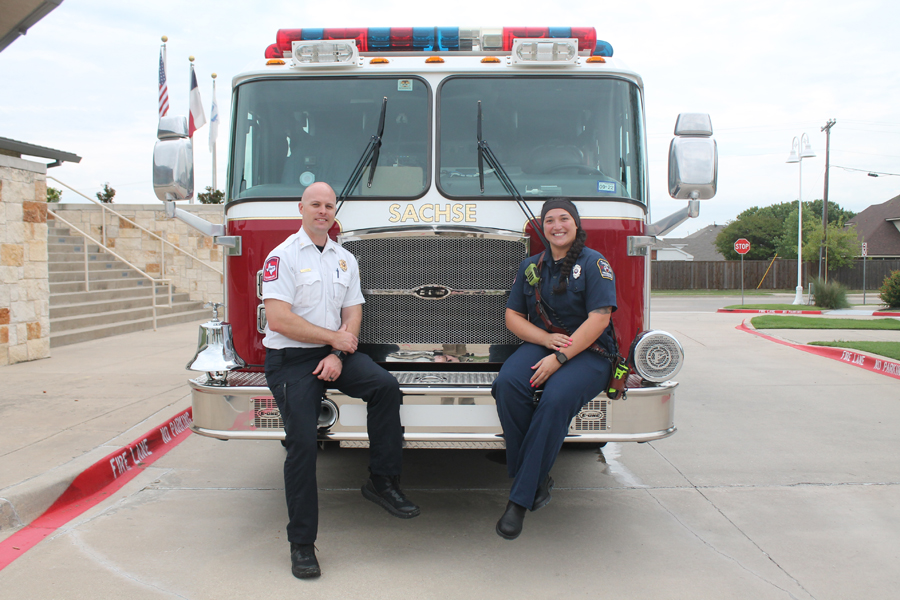 When terrorists attacked the World Trade Center Sept. 11, 2001, Adam Kroviak was a senior in high school while Haley Jeffcoat was just a 4-year-old with a father who worked in fire services. Kroviak recalls some memories from the day, but Jeffcoat only remembers details at her father’s reaction to the attacks.

Twenty-one years later, Kroviak is preparing to participate in the Dallas 9/11 Stair Climb for the eighth time, while Jeffcoat will ascend staircases downtown for the first time.

The Stair Climb — commemorating the 343 firefighters, 70 law enforcement and 9 EMT personnel who lost their lives — brings firefighters from across the country and the state of Texas together to remember the ultimate sacrifice first responders made on 9/11. Each of the 343 firefighters taking part in the climb will receive a placard containing a photo and name of a firefighter who died responding to fires inside the World Trade Center in New York City.

This year, Sachse Fire-Rescue is sending eight firefighters, including Kroviak and Jeffcoat.

Kroviak first began participating in the climb in 2013 and has completed it every year since he started with the exception of the year the event was canceled.

“As I started going through my career, there were a couple other guys I worked with that did the first two,” Kroviak said. “One year, I signed up and did it, and it became my annual remembrance and reflection.”

While Kroviak is one of the lucky 343 firefighters participating in this year’s event, he said thousands attempt to sign up every year, with the list filling in a matter of seconds. One year, Kroviak had his mother sign him up because he was on vacation but did not want to miss the event.

For the full story, see the Sept. 8 issue of The Sachse News.