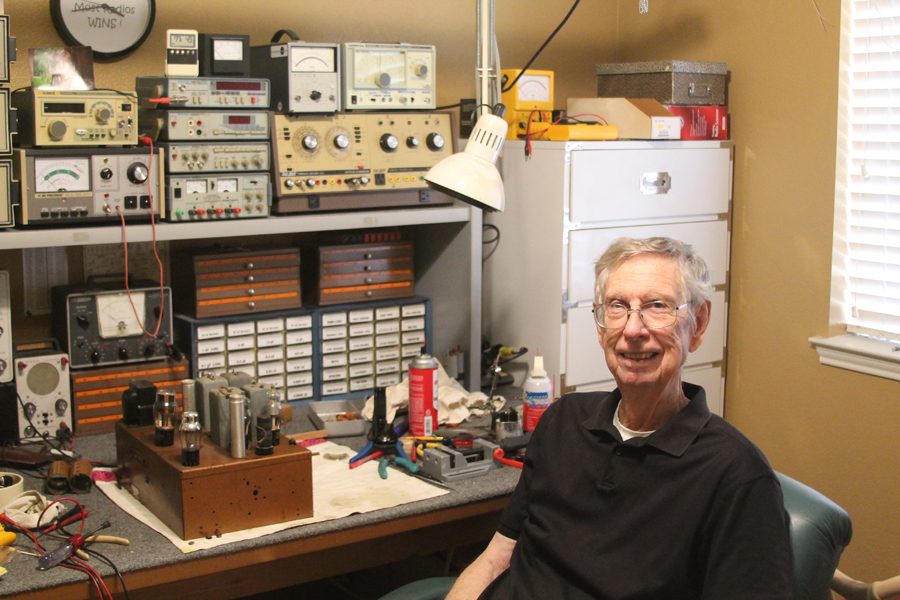 When the transistor radio was still popular, a vintage radio and phonograph club was in its nascent stages.

Founded in 1974 as the Southwest Vintage Radio and Phonograph Society, the club is dedicated to the restoration and preservation of radios and phonographs that use vacuum tube technology. Four years later, the club dropped southwest from its name but continued with the same mission.

“We participate in public events providing displays of radios and memorabilia for special events,” said Jim Sargent, the club’s president. “For example, we recently provided a really nice display of radios for the Plano Historical Museum, as well as a display at Fair Park commemorating the 100th anniversary of the Dallas owned radio station, WRR.”

Mike Grimes, one of the clubs directors, says there are around 200 active members in the club today, adding that most of its membership is based in the Dallas-Fort Worth Metroplex although it has a farther reach with some members. Sargent added the club has members from coast-to-coast.

“We have had people out of the state, all over the state and people from Germany and Canada,” Grimes said. “Mainly we serve the Dallas-Fort Worth area.”

The club is also one of two large clubs in Texas — with the other one located in Houston — and has 501(c)3 status with the Internal Revenue Service. It distributes quarterly newsletters to members featuring club news and members. Grimes was featured recently for his role assisting another club member repair a vintage Atwater Kent radio.

Membership dues are $20 annually and have not changed in 20 years, said Sargent. Included with a membership is the club’s quarterly newsletter titled “Soundwaves.”

Most of the club’s membership is individuals between the ages of 50 and 60 but it does attract some members who are in their 30s and 40s as well. However, those younger members are generally interested in transistor radios, not the vacuum tube ones some older members, including Grimes, collect and repair.

For the full story, see the Oct. 20 issue of The Sachse News.