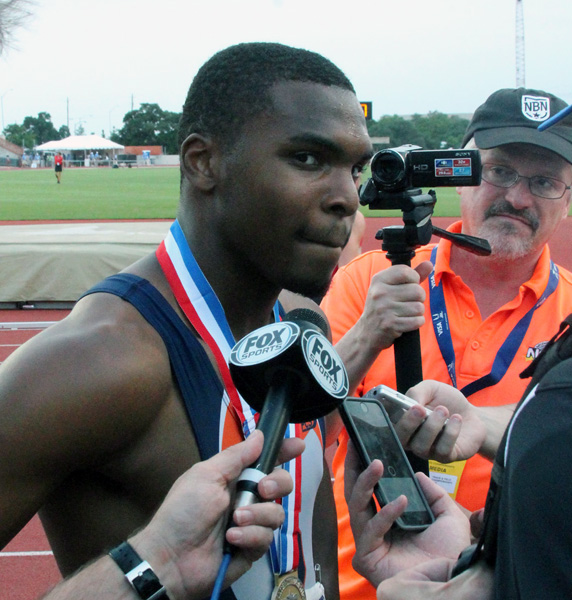 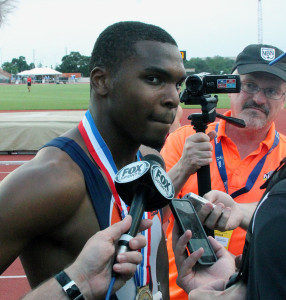 Rob Durham/C&S MediaTexas
Sachse’s Devin Duvernay meets with reporters
after winning the state Class 6A 100-meter
race in Austin this past May.

Little did the fans of Plano East, Sachse, Wylie and Wylie East know what awaited them in 2015.
Now, as the final days and hours tick away and 2016 approaches, all of them can look back with pride, as each of their respective schools produced state champions: three individuals and one team.
The first to grab state glory was Plano East’s Luci Schement, who won a state title in wrestling. A few hours later, Wylie grappler Ryan Beattie did the same thing.
Both those victories occurred in late February, and two months later the Wylie East girls soccer team hoisted the state title trophy after topping Austin Vandegrift 1-0 — the Lady Vipers beat them by the same score to win the crown in 2014 — in the Class 5A championship in Georgetown.
Last, but not least, was Sachse speedster Devin Duvernay, who blew past the competition in Austin last May to capture the Class 6A 100-meter title.
To view the entire article, check out http://www.etypeservices.com/Sachse%20NewsID248/default.aspx 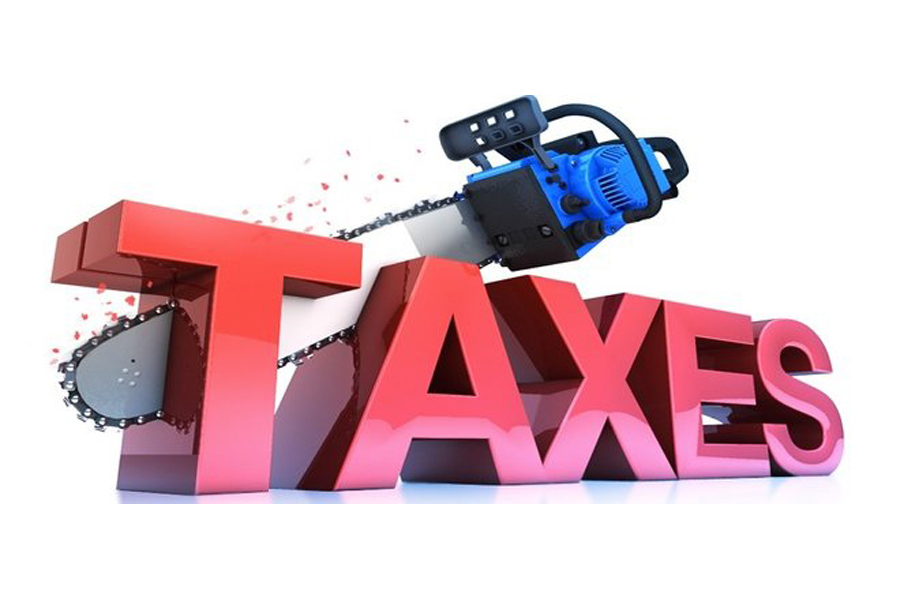 END_OF_DOCUMENT_TOKEN_TO_BE_REPLACED

More problems with work crews in The Station have occurred and the city is taking action to temporarily stop construction in the mixed-use development. The city issued a stop work order, said Assistant City Manager Lauren Rose during the Monday, May 2 meeting. She...