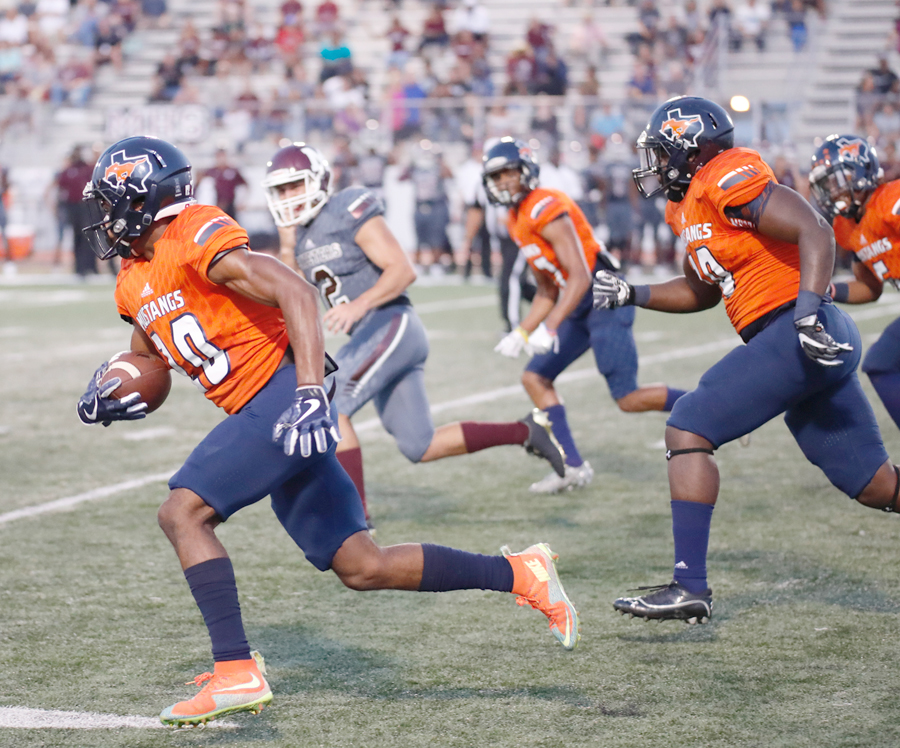 Sachse defense will ‘not to let people score’

SACHSE — In past years, Sachse football, at its best, was known for two things; a high scoring, potent offense and rubber-band style defense that bent but didn’t break.

In 2017, the Mustangs definitely have the former, but not the latter. In its place is a unit that’s quite capable of dominating an opposing offense, shutting it down and producing points.

So far this season, the Sachse defense has thrown two shut outs, beating Plano West 48-0 and Mesquite 61-0, and has only surrendered 13 points total, six to Byron Nelson in the opener and seven to Copperas Cove in the team’s most recent contest.

“First of all, it starts with the fact that we’re returning every starter (from last season), except for three,” Sachse defensive coordinator Mitch Reed said. “Number two would be that we have really good depth at every position we have. We go into a game and the kids have the mind set that we don’t have 11 starters, we have 22. When we play, we don’t just play 11 guys and when they get tired we try to find a sub. We roll 11 in, 11 out, and the talent level really doesn’t drop a lot when we move the next group in. That’s one of main reasons why we have been so successful.”

(To view the entire article, check out the Oct. 5 issue or subscribe online)