BREAKING NEWS
Home Uncategorized Mustangs stampede through Owls; NG next on the list 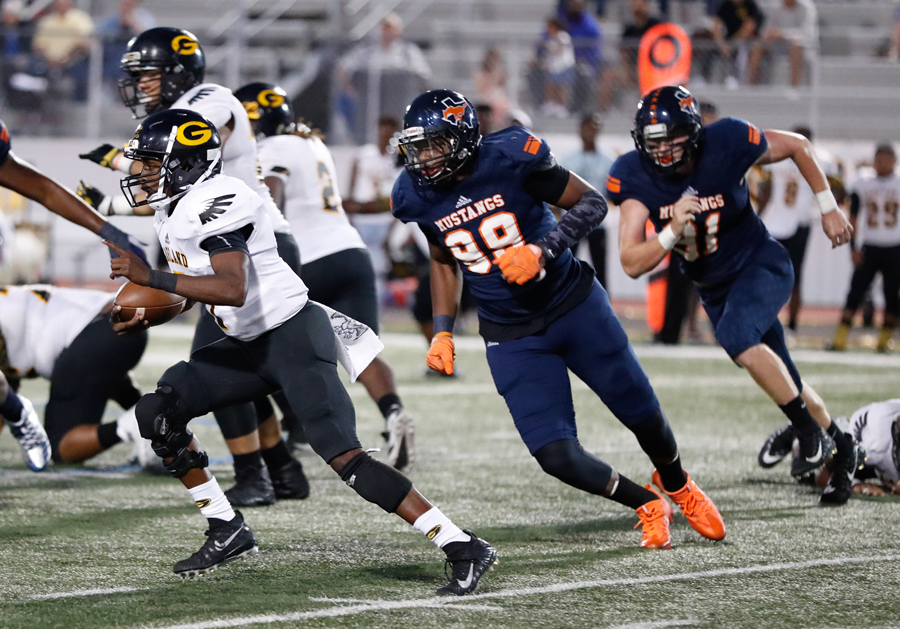 Mustangs stampede through Owls; NG next on the list

GARLAND — The Owls scored the first two and the final seven points during the Oct. 12 clash at Williams Stadium.

However, in between, Sachse put up 74, and that is why the Mustangs walked off the field 74-9 victors over Garland. The win improved Sachse’s District 10-6A record to 2-0 and 6-0 overall.

“They’re young, but they’ve got some skilled kids at spots,” head coach Mark Behrens said of North Garland, “so we’re going to have to come out hard to get (a win).”

(To view the entire article, check out the Oct. 19 issue or subscribe online)