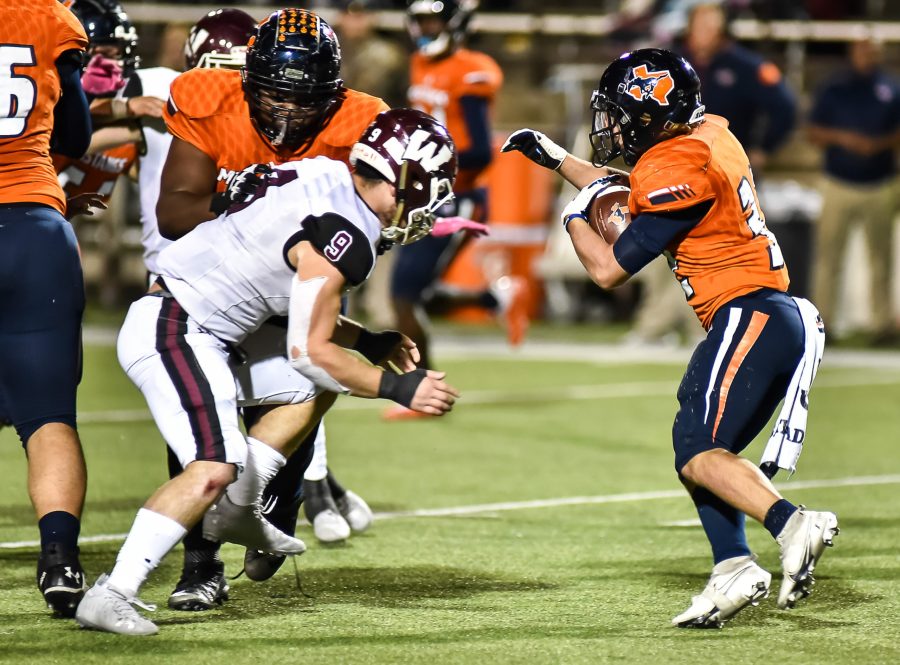 With a playoff spot clinched, the Mustangs are just playing for pride on Friday night.

Sachse (5-1, 6-3) caps off the regular season at Williams Stadium against Naaman Forest (5-1, 5-1). Both teams have already punched their playoff tickets, and now the Mustangs will hope to continue working on their weaknesses and build toward a playoff game against Mesquite.

It remains to be seen how much either team will show in the regular-season finale, but here are the three keys to Sachse defeating Naaman Forest this Friday.

1. Win the battles at the line of scrimmage

Despite losing several Division I players from last season, Naaman Forest still has one of the best defensive lines in the district. Markis Deal is a 6-foot-6 defensive lineman with 25 tackles on the season, with six of those tackles coming for a loss. He requires a lot of attention, as does Chandler Davis and Isaiah Cunning.

Head coach Mark Behrens highlighted the play of his defensive linemen in the win over Wylie. They’ll have to win on both sides of the ball to win this game, with the Rangers rushing attack averaging 213 yards per game behind the powerful running of Kingsley Bennett. He and the front line of Naaman Forest is the key to the team’s success. If Sachse can slow that down, they’ll win the game.